For the visually impaired

The climate of the Rostov region

A characteristic feature of the climate of the region is the abundance of sunlight and heat. The circulation processes of the southern zone of temperate latitudes prevail. However, intrusions of cold masses from the Arctic are possible, their frequency is low (about 3% per year).

Intrusions of tropical air masses, bringing exhausting heat in the summer and a significant increase in air temperature in the winter, are noted more often. Remoteness from large bodies of water determines the continental nature of the climate. The air temperature has a pronounced annual course.

Relative humidity also has a well-defined annual course, but the opposite is the temperature of the air. The maximum values ​​- 85-90% - are observed in the winter months, the minimum - 48-60% - in the summer. Relative humidity drops to 30% or less with a drier temperature. The number of dry days varies from 45 in the southwest to 85 in the southeast of the region on average per year. 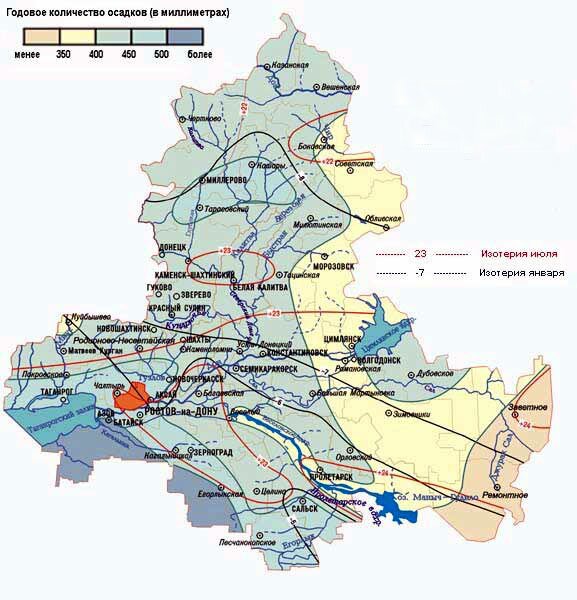